Serving Our Community Since 1933
Close

In 2008 Joseph Seiberlich achieved 50 Years of Active Service in the Centereach Fire Department and was honored at the Annual Installation and Inspection of Officers dinner for his Achievement.  Over the years Joseph Seiberlich served on the Department Firematic Training Staff and ran the Probie Fire School during the 1970’s.  In 1975 Joseph Seiberlich received the award for Firefighter of the Year from the Chief’s Office. He would also receive the Captain’s Award in Emergency Company in 1990, and in Fire Police Company several times in the 2000’s and received the High Point award in Fire Police in both 2007 & 2008 for both Fire & EMS alarms.

Joseph Seiberlich remained an Active Member until July of 2013 with almost 55 years of Active Service in the Department.  We are deeply saddened by the loss of our Chief and brother firefighter.  We wish to send our deepest sympathies to his family, friends and loved ones and thank Chief Seiberlich for his many years of dedicated service to our Community and Department.  Rest Easy Chief we got it from here. 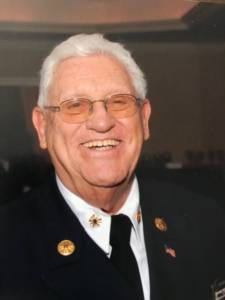